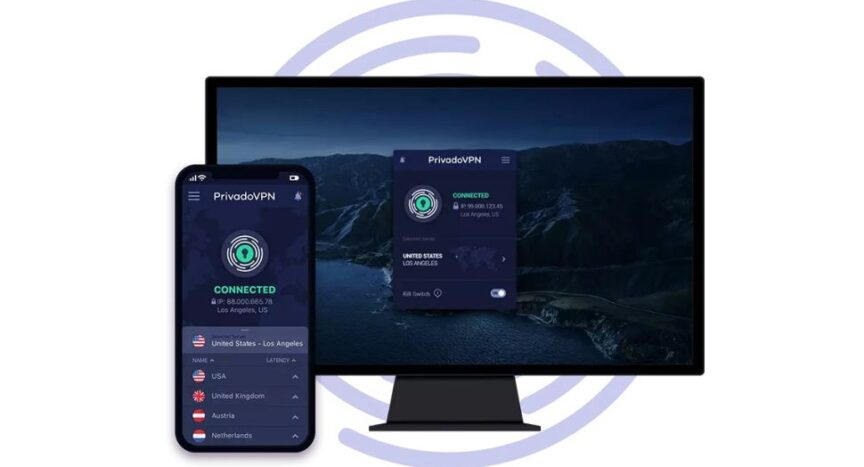 Some providers boast about their free VPN plans, but then hamstring them with limits and restrictions, hoping you’ll upgrade as quickly as possible. Swiss-based PrivadoVPN is far more generous, and its free offering is something you might be able to use long-term.

PrivadoVPN’s choice of locations goes well beyond the two or three countries you get with some providers. You get P2P-friendly servers in nine countries: US, UK, Brazil, Canada, France, Germany, Netherlands, Mexico and Switzerland. Windscribe does a little better with eleven countries, but PrivadoVPN still tramples over most of the competition.

You get full access to all those locations, with a data limit of 10GB every 30 days. That’s better than some, but PrivadoVPN goes even further. If you use all 10GB on day one, you’re not cut off entirely. The app still gives you unlimited data via a single emergency server. It’s very slow – 1Mbps for us – but at least it means you don’t ever have to be unprotected.

There is one significant restriction: PrivadoVPN only supports connecting a single device at a time. You can install it on as many devices as you like, though, and keep in mind that other family members can also sign up and get their own 10MB of data.

It’s also good to see that, unlike some providers, PrivadoVPN doesn’t try to punish free users by leaving out key features (WireGuard, kill switch, specialist unblocking of streaming sites, you know how it works usually). Yes, the company limits your choice of locations and data use, but otherwise free users have access to just about everything PrivadoVPN has to offer.

PrivadoVPN scores highly on privacy at a technical level. A choice of the highly secure WireGuard, OpenVPN and IKEv2 protocols shields your traffic from hackers. Private DNS keeps your browsing activities out of sight, and a kill switch blocks your internet if the VPN drops, ensuring your data is never exposed to attackers.

These technologies deliver what they promise, too. Multiple test sites failed to uncover the tiniest hint of a DNS leak, and no matter what sneaky tricks we used to shut down the VPN (and we know a lot of sneaky tricks), the kill switch unfailingly kept us safe.

PrivadoVPN hasn’t put itself through a no-logging or security audit, so we’ve no independent evidence to confirm what its apps and servers might be doing with your data. That leaves the company lagging well behind TunnelBear, which has now had four annual audits covering its entire service.

PrivadoVPN does at least have a clear and simple privacy policy (opens in new tab), though. This explains that logging is kept to a minimum, and the company doesn’t record anything that could connect any internet action to your account.

PrivadoVPN’s desktop apps have a straightforward interface which makes it easy to find and access all its various features.

If your needs are simple, things can be as easy as clicking Connect when you need the VPN’s protection, and Disconnect when you don’t. The app automatically uses the nearest server, and the data left this month is always clearly visible, a handy reminder if you’re close to running out.

Clicking the default location displays your options, with cities in an impressive (for a free VPN) nine countries. Some free VPNs force you to scroll down the full location list, and look for icons to separate the free and premium servers, but PrivadoVPN takes a much easier approach: it simply displays all the free servers at the top of the list, so there’s no scrolling at all.

Connection times were excellent at around one or two seconds for our nearest location (the slowest providers might take 20 seconds or more).

The desktop apps don’t have a lot of features or configuration options, but they cover the basics. You can choose from the WireGuard, IKEv2 and OpenVPN protocols. There’s also an Auto-Connect option which tells the app to automatically connect to your preferred server when it launches, and there’s a kill switch to protect you if the VPN drops.

The Windows app now has a split tunneling feature. In a click or two you can choose apps that won’t be passed through the VPN. That’s useful for applications which don’t need the VPN’s protection, and there’s another welcome bonus: the more traffic you route outside of the VPN, the less data you’ll use, and the longer your allowance will last.

Overall, while PrivadoVPN’s desktop apps don’t lead the way in any specific area, they’re strong all-rounders, thoughtfully designed, with a decent feature set which is accessible for every level of user.

PrivadoVPN’s mobile apps have a simpler and more stylish look than the desktop editions. Out go the high contrast colors and bright orange buttons, in comes a relatively subdued and stripped-back design – little more than a Connect button and the name of your currently selected location.

There are a handful of configuration options in the Settings box. The iOS app allows you to choose a preferred protocol from WireGuard, IKEv2 and OpenVPN, and the Android build goes a step further with split tunneling support.

Mobile app performance can vary considerably, depending on your device and network conditions, but both the Android and iOS versions worked very well for us. They connected faster than the desktop apps, even when using the throttled ’emergency’ servers. Our connections were reliable, with no unexpected drops or speed issues.

PrivadoVPN’s mobile apps look a little underpowered compared to the competition, with most providers offering more features and configuration options. But they’re fast and easy to use, and if those are your priorities, they could be a smart choice.

Speed matters, even with a free VPN, so we put PrivadoVPN through its performance paces from a UK data center with a very capable 1Gbps connection. The results were impressive, with the service delivering speeds of around 350Mbps. That puts PrivadoVPN in second place in our free VPN speed rankings, with only Proton VPN scoring fractionally higher (380Mbps).

Most free VPN plans don’t include any form of streaming support, but PrivadoVPN is a rare exception. You get exactly the same unblocking abilities as paying customers, and these saw the service give us access to US Netflix, Disney Plus, Amazon Prime Video and BBC iPlayer.

If your regular paid VPN has occasional unblocking issues, PrivadoVPN might be worth having around as an emergency short-term backup. (Netflix says its data demands can be as little as 0.3GB per hour for low quality, 1GB for standard definition, so you can squeeze a fair amount of viewing from your 10GB a month allowance.)

We had no significant issues setting up or using PrivadoVPN, but if you’re not as lucky, it’s good to know there’s help available. PrivadoVPN doesn’t have live chat, but you can contact support via email. We sent a test question and received a thorough and accurate reply within a couple of hours, suggesting PrivadoVPN should be able to quickly solve most problems and get you up and running again.

Try many free VPNs and you’re often annoyed by everything the service left out. Try PrivadoVPN and you’re likely to be pleasantly surprised by everything you get: great speeds, a reliable kill switch, and unblocking results that beat many paid VPNs. A must-try provider. 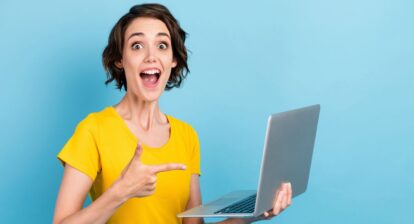 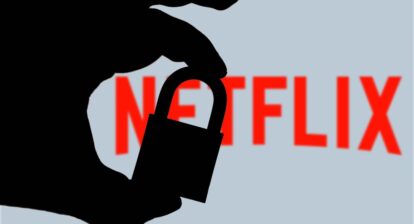 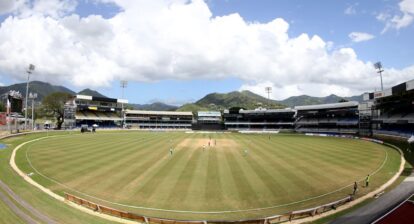 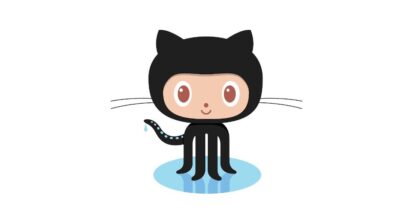 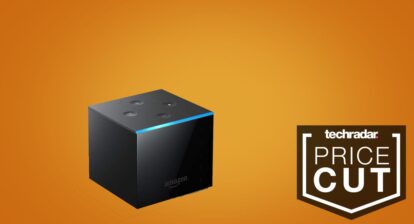 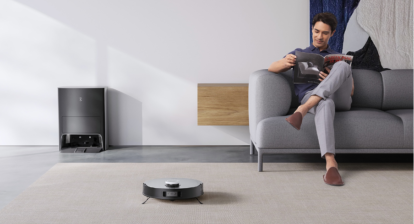